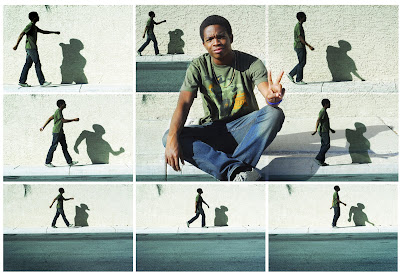 This is Dallas Duncan. He is a young hip hop artist I met a little while back. He was personable and easy to talk to. I shot this for The Review-Journal and it ran in Sunday's paper. I edited and combined 10 different photos, play with curves a tidbit, but what I'm most surprise about is I sure thought I was going to use one of the pictures from my RB67 I used during the shoot. Used some good ol' Velvia 50. Pretty good stuff. I guess that whole shoot goes to show how far digital has come, but I guess a little bit of creativity goes (on digital's side) a little ways too. However, the quality of the image from film was far superior if single shots were to be compared but we're talking about a D200, which some people have had negative opinions of, myself though, I'd have to say the d200 hasn't been to bad, I've used it almost three years.