wandered through europe on $3000s nothing to lose didnt care about protected the things i had built.
I met olivier,
got invites, went to shows,
seduced by women to no avail by them
no drugs no party nothing.
just trying to find a direction,
trying to balance two opposing life styles
listened to circa survive new album

oct
assisted olivier on a shoot for louis vuitton.
inspired to buy a leica, loved the look.
looking for something but nothing stuck.
went home october of 2012 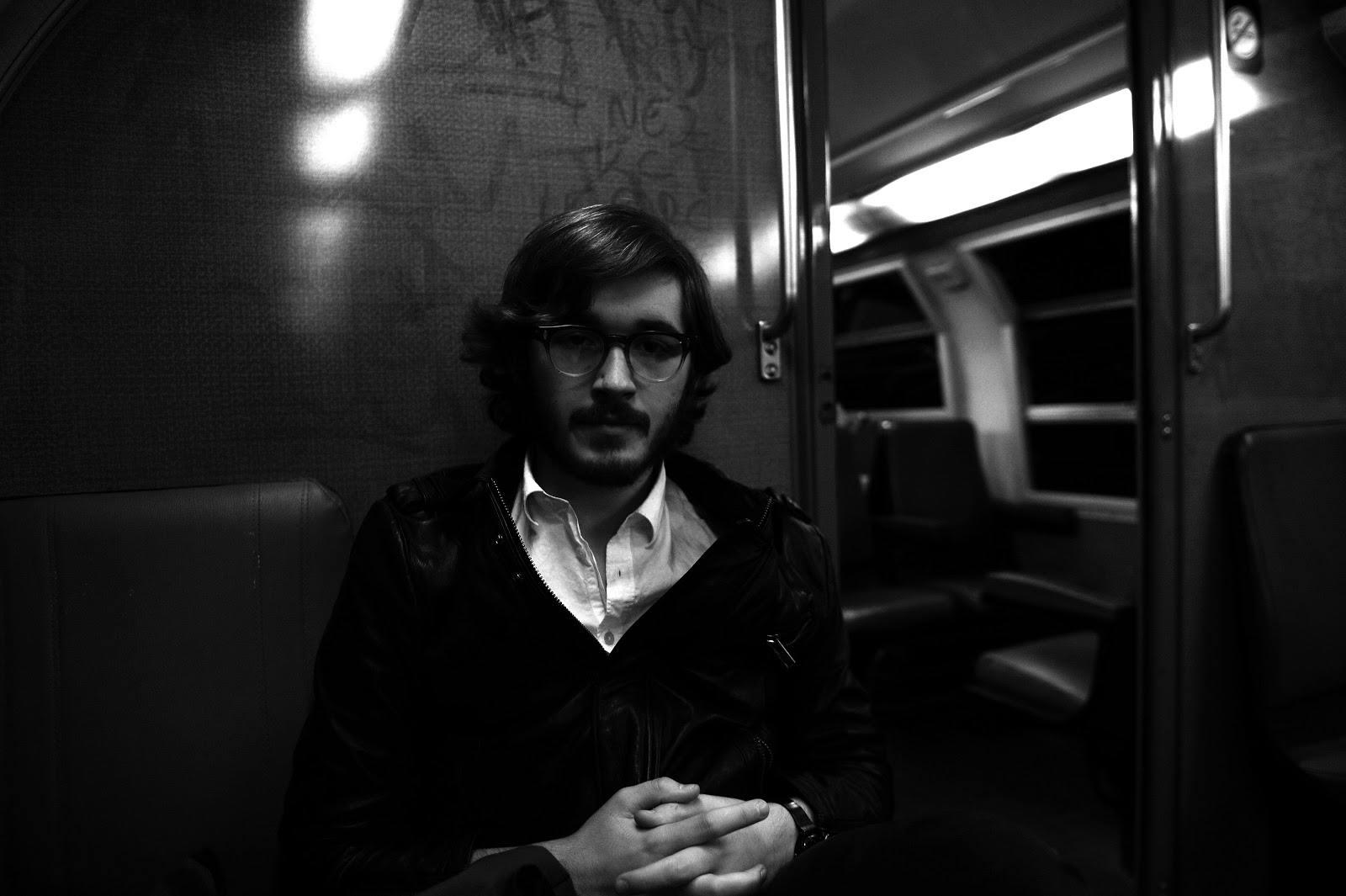 sept absolutely no money, only debt and bad financial choices. very upset with fathers financial choices.
forced to sell beloved Makina 67,  $1200, booked one way flight to nyc.
friendships beginning to develop and blossom
everyone lives on 5th street
NYFW
Anthony Vaccarello x versace, I overheard a woman talking, her tone was familiar and distintive so I listened in. "a congress woman at a versace runway show" "a congress woman wearing a versace dress!" these bold statements were music to my ears, I knew I was going to make a new friend. We spoke for a minute, I told her about my prior experience shooting elections and politics and then turning to fashion, to which she was politely receptive. then something clicked in her head, photographer, me, Donnatella. Her icy blue eyes lit up and she asked me, "Would you be willing to take a picture of me with Donnatella?" no more than an hour later I was sitting with a congress woman and Donnatella shooting photos. a few champagnes later the congress woman, told me "If you ever need anything, just let me know. I love your hair by the way, leave it down." followed by a kiss on the cheek. The day after, I showed up to her office to pick up an envelope filled with her gratitude.
The night was far from over and perhaps the best thing story i had heard followed suit. A middle age italian man, which I met and befriended a few days prior was at the same party and he came up to me with a face of joy, "You wont believe this, neither did I... but I was over there with those women sitting over there you see the one in the middle?  I said to her, you probably get this a lot but you are beautiful and may I take you out for dinner? she said yes! Naomi Campbell just gave me her number and Im taking her out to dinner."
Bravo, italian man in baby blue blazer, white jeans and tan loafers.

5th street.
nights later I was out on 5th street between ave A and B where "everyone in new york" lives "apparently". sure enough though, a handful of friends from completely different social realms happen to live on that street so there is a small measure of validity to the statement. It was 11pm and I didnt want to go anywhere, so I sat on the sidewalk, tired from a long day of hustling fashion. not long after, a slender man and his yellow folding bike ended up in front of me. We both awkwardlessly stared at each other for a second inquisitively then he asked me, "Do you want to sit somewhere else? like a comfortable sofa? in a living room?"

two minutes later I was in a strangers apartment on a comfortable sofa.

The awkwardlessness didnt end there. I figured if things got weird then I would just fight my way out, jump through the 1st story window, fight to the death, or casually gtfo if any begin to get weird. well sure enough things stayed borderline acceptable for the duration of the evening. we both realized that the two of us were equally weird in our different approaches on life. we were both vulnerable in the situation too. if he fucked with me then i would beat him up and steal his belongings or likewise he could just kill me in my sleep, luckily some airbnbers showed up to his apartment, created a strange pillow of security for the evening. I stayed the night and wore a full jon varvatos outfit from his closet the following day. nothing weird happened, what a great way to start a very weird friendship.

had some money
LFW
booked a flight 3 days before to London for 338 dollars. a significant chunk of my funds. showed up to gatwick, i dont like gatwick. got on a train because i really wanted to gtfo of gatwick. took the train to reading. never ever go to reading, british people live there.
phone problems ensued, lack of battery and reception but i managed to get ahold of the girl i was supposed to stay with. i messaged her, she replied "i had a little problem, i got deported" ....
meanwhile the two simpletons net to me are drunk and playing uno on their way to reading and here i am a broke ass idiot with no place to stay in london, and by now we know how unforgiving london has been. ding, arrived in reading.  in a fling of despiration i airbnb'ed hoping to find something cheap. i found a shitty hostel run by an asian girl, who long story short fucked me over and i didnt stay there but she got my money. I ranted to my new friend from 5th street. long story short turns out he has a vacant apartment in london. I ended up in his old 3br apartment near st johns wood... there is a god, was my only thought. a god that cares about gay israli ballerinas and stupid ass dissedent me.
the luck did not end there...
jk it did

took a ride with sean again in the Previa from london to milan. 27hrs later ended up in a corn field asleep. that was after a run in with the italian police, who for some reason pull their guns out on everyone they encounter right? we made it on time to the first shows, game strong. lost my favorite fucking boot in the cornfield though. that was rough. FUCK

had some money but not a lot
MFW


I pulled the same shit when I arrived in Milan. had no place to stay. I cant remember if I had anything set to begin with but in any case I ended up at the same hostel where I had stayed the last season. I was there for one night.
I texted my istanbul gf from ny who had a friend in milan. I ended up getting a place at her new apartment for the whole week. God is love
at the end of the week. I tried to buy them a bottle of malibu, because nothing says thanks like alcohol, thanks now lets get totally fucked up and maybe fuck. cheers.
my card got declined so I bought myself cookies and milk.

the last day of milan somehow bullshitted an editorial in one day that got published .. game strong.


PFW
had NO money
I showed up on the train after 7.5 hours in a cubicle with the seantourage, a drunk african and a very bad smelling italian, or was it a drunk italian and very pungent african? either way ill sound racist but im just trying to put the reader in the scenario.
ok, let me be honest, I did have money. I hade 45 euros and change. I bought a one week pass on my navigo and then immediately proceeded towards bon journee to buy two maxi pain au chocolate, this is a ritual of my welcoming to paris each time i come. but money conscience i refuted my need to follow ritual and didnt buy it, trying to be frugal for the difficult days ahead.
day one, showed up to the first few shows with my baggage, feeling strong and ready for paris.
Day four,
gave my friend 10 euros to buy a 10 euro pizza.

day six, was out with friends and was given 2 euros.

when backstage, waiting around or between hustling small talk is a formidable action that can lead to friendships especially when carried out in the right times over the course of fashion week. one common small topic was arriving to a show, seeing someone I would know and then say, man I just hope the backstage has food, thats all I come to these shows for anyways, then the two of us would laugh. Inside, my meniacal little brain counterpart would laugh a little more knowing the bone cold truth of my statement, its true I was really only going to some of these shows to eat the backstage food.

oct
received invite to Louis Vuitton, monumentally stoked. showed up, regular podium nightmare. got stuck in. escaped, narrowly made my way into the backstage,  got to work closely with the models to take nice photos only had a small amount of equipment. later told olivier who quickly replied yes i know but the only other photographers backstage were juergon teller and jean paul goude, of there was another random photographer and the asian girl taking iphone pics that circulated more than any of the other photographers photos most unfortunately.
saying yes to all shoots, stop doing that
payed to be published whats there to be proud of being published by a magazine that cant even pay its contributors


theres a few reoccurring elements of my young adulthood

my need to discover

my failure in establishing myself (to my benefit i now see)
a constant state of free fall in no direction. 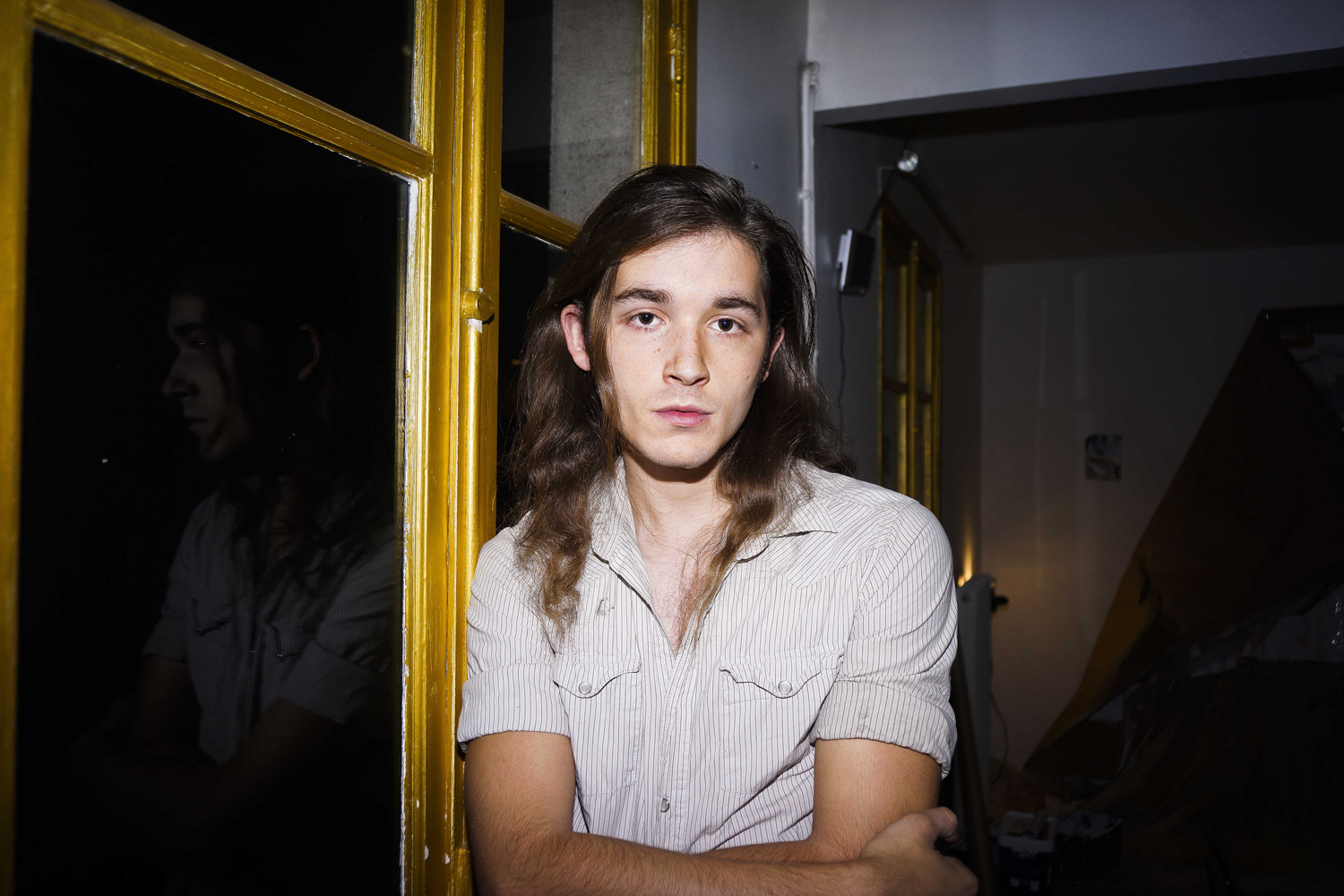